Why Did Rep. Duncan Hunter & Rep. Juan Vargas
Try to Shut Me Up?

Two members of US Congress tried to prevent me from giving this speech at this college!

One minute all was fine and the next minute I couldn’t log in. It was as simple as that. I think it has something to do with the fact that I exposed an Israeli plant, or troll or paid collaborator or maybe he (or she) was all of the above. The person’s name is not relevant because it is most likely fake anyway, and the names change constantly. This one is called Trevor something.

How do we know someone is an Israeli plant? Easy. Read the content. They go from Palestinian solidarity to Nazi ideology very fast. In fact they go from one to the other so fast, it becomes obvious it’s an Israeli intelligence plant. Shutting me down is not Israel’s primary objective, but delegitimizing the Palestinian cause is. The case that Israel wants to make is that the Palestinian cause is anti semitic, that it is aligned with the Nazi ideology and Islamic fundamentalist international terror networks and Iranian nuclear ambitions. Well, something like that. 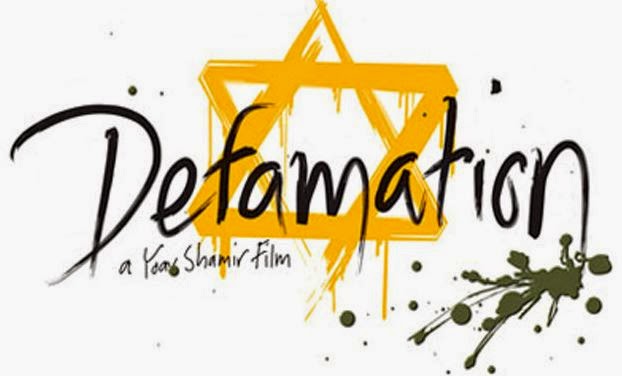 The Truth about the Fight against "Anti-Semitism"

The Israeli movie maker Yoav Shamir documents in the film "Defamation" the fight of the Anti-Defamation League (ADL) against "anti-Semitism". This "fight" has little to do with "anti-Semitism" but much with muzzling Israel critic. "Anti-Semitism" serves as a pretext to immunize the State of Israel against criticism.

Shame on University of Pennsylvania (U of Penn)

As a former Graduate student of International Relations at the U of Penn I'm appalled by the disinvitation of Chris Hedges, a renowned newspaper correspondent and highly awarded writer, because of his courage to speak out against Israel's brutal occupation of Palestine. Hedges was supposed to speak at a conference in April on prospects of peace in the Middle East on campus.

Usually, a university forum is supposed to be the best place in an open society to discuss theses that don't make headlines in the mainstream media, especially, when they allude to Israel's destructive role in the Middle East. In an excellent article on "truthdig", Hedges compared ISIS to Israel. "ISIS, ironically, is perhaps the only example of successful nation-building in the contemporary Middle East, despite the billions of dollars we have squandered in Iraq and Afghanistan.

Its quest for an ethnically pure Sunni state mirrors the quest for a Jewish state eventually carved out of Palestine in 1948. Its tactics are much like those of the Jewish guerrillas who used violence, terrorism, foreign fighters, clandestine arms shipments and foreign money, along with horrific ethnic cleansing and the massacre of hundreds of Arab civilians, to create Israel. Antagonistic ISIS and Israeli states, infected by religious fundamentalism, would be irreconcilable neighbors. This is a recipe for apocalyptic warfare. We provided the ingredients."