Declaration on the 60th Anniversary of the Russell-Einstein Manifesto:
MANIFESTO ON THE FUTURE OF WAR AND CLIMATE CHANGE
In view of the growing risk that in future wars weapons, nuclear and otherwise, will be employed that threaten the continued existence of humanity, we urge the governments of the world to realize, and to acknowledge publicly, that their purpose cannot be furthered by a world war, and we urge them, consequently, to find peaceful means for the settlement of all matters of dispute between them. We also propose that all governments of the world begin to convert those resources previously allocated to preparations for destructive conflict to a new constructive purpose: the mitigation of climate change and the creation of a new sustainable civilization on a global scale. 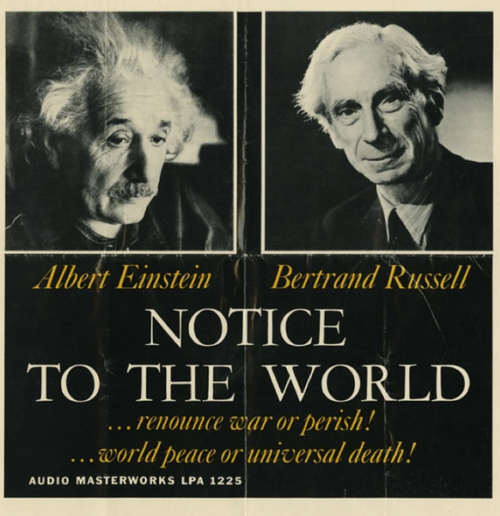